Praying Together over Zoom: How Religion Sounds during a Pandemic

Praying Together over Zoom: How Religion Sounds during a Pandemic 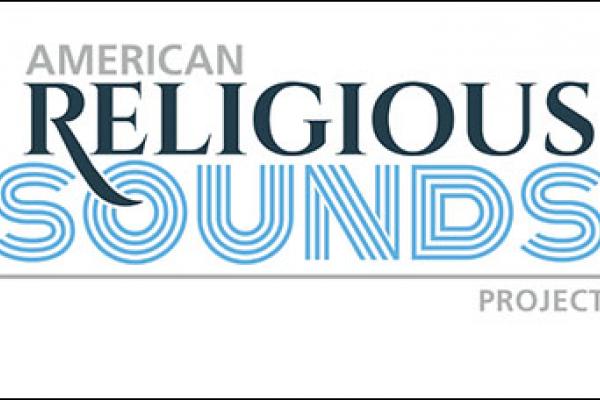 Religion sounds different during a pandemic.

Instead of a choir singing in a Baptist church, congregants might listen to their pastor over Zoom. Instead of the soft sounds of mats unfurling in a mosque before voices rise together in prayer, a Muslim family might be practicing alone in a noisy apartment. Instead of a group of Wiccans chanting together, one woman may be chanting by herself.

Researchers at the American Religious Sounds Project, led by The Ohio State University and Michigan State University, are collecting and cataloging those sounds in an attempt to understand how the pandemic is changing religion around the United States.

“We’re trying to document what religion and spirituality means to individuals and how we might get a different answer to that question by documenting it through sound.”

The project, which has been gathering and cataloging religious sounds since 2014, started collecting sounds from the pandemic in March. So far, about 50 sounds have been submitted.

Those range from a Christian chaplain offering a blessing for washing hands instead of feet as she visits patients to an Orthodox Jewish dad reading the children’s book “Goodnight Moon” in the same cadence rabbis use to read the Torah.

One submission came from a Buddhist chanting alone in her apartment in New York City.

“And in the background, you can hear people banging pots and pans and clapping for the emergency health workers,” said Weiner, who is also associate director of Ohio State’s Center for the Study of Religion.

“It’s this wonderful juxtaposition of the meditation and the chanting with the celebrating of the emergency medical workers in New York City, and I think it really captures how religion is transformed during this time.”

The center has collected some 600 sound recordings during the six years it has operated. Those sounds include Christian choirs, Jewish dinner blessings and a Diwali celebration.

But they also include recordings from a travel ban protest at John Glenn International Airport in Columbus in 2017 and the United to Love rally in Washington, D.C., in 2018. They include the sounds of Zen services, a workshop for solitary witches, and a street preacher during a Donald Trump rally.

“One of the things we’ve been interested in is hearing religious sounds to tell us something new about religion,” said Amy DeRogatis, professor of religious studies at Michigan State and co-director of ARSP.

“Some listeners might be interested in hearing what you might think of as canonical sounds like church bells or a call to prayer or something that you might immediately identify with an institutional religion. But we also have gone into institutional space and recorded sounds that you might not think of as a typically Muslim sound or typically a Hindu sound — we might record people chatting at coffee hour. We are trying to really get at the ways in which that can be much broader than what you think of as the sort of emblematic sounds of a particular tradition.”

Some of the sounds submitted over the last six weeks reflect broad debates religious communities and leaders are having over how best to abide faith traditions when people cannot gather in person.

“One of the things we’ve noticed is that religious communities, when they’re doing their services over Zoom, have a decision to make about whether or not everyone mutes themselves except for the speaker,” Weiner said.

“Some communities are adamant that only the speaker should speak, which puts a lot of pressure on the person who is doing the speaking. Whereas those communities that decide what’s really important is that we sing and hear each other, well, that can sound like cacophony.”

The sounds, too, reflect the ways distanced worship has made it easier for some families to join.

This month, the team received a recording from a Christian family participating in a service via a video conferencing app.

“One of the members of the family is a non-verbal 13-year-old with autism, and in this recording, he is audible and fully participating in the service,” DeRogatis said.

“It’s a beautiful reminder that for families and individuals, sometimes religious spaces are not welcoming and are not places that everyone can participate and be heard. And even though this family is separated from their church community physically, this is a moment where perhaps he is more fully included. That's beautiful.”

Everyone is encouraged to submit religious sounds for the new COVID-19 project. Learn more and submit here.