Center for the Study of Religion

If you happen to have missed out on some of the recent, exciting events hosted by the Center for the Study of Religion here at The Ohio State University, you can find event info and a link to the recording here! Starting with our most recent events, you can visit these public lectures and symposium events with ease.

Note as you scroll through this information that some events have varying levels of recording and distributions permissions associated with them, at the request of our presenters. If you note that one of your favorite events is missing from this list, this may be in part because of this restriction. Feel free to reach out to religion@osu.edu with any questions of this nature.

Abstract: In this presentation, based on her book Archives of Conjure, Professor Solimar Otero explores how Afrolatinx spirits guide collaborative spiritual-scholarly activist work through rituals and the creation of material culture. By examining spirit mediumship through a Caribbean cross-cultural poetics, she shows how divinities and ancestors serve as active agents in shaping the experiences of gender, sexuality, and race in ethnography, archives, and literature.

Solimar Otero is Professor of Folklore in the Department of Folklore and Ethnomusicology; the Director of the Folklore Institute; and the editor of the Journal of Folklore Research at Indiana University, Bloomington. Her research centers on gender, sexuality, Afro-Caribbean spirituality, and Yoruba traditional religion in folklore, literature, and ethnography. She is the author of Archives of Conjure: Stories of the Dead in Afrolatinx Cultures (Columbia University Press 2020); Afro-Cuban Diasporas in the Atlantic World, (University of Rochester Press, 2010); co-editor of Yemoja: Gender, Sexuality, and Creativity in Latina/o and Afro-Atlantic Diasporas (SUNY Press 2013); and co-editor of Theorizing Folklore from the Margins: Critical and Ethical Approaches (Indiana University Press, 2021). Dr. Otero is the recipient of a Ruth Landes Memorial Research Fund grant; a fellowship at the Harvard Divinity School’s Women’s Studies in Religion Program; and a Fulbright award.

Modern Yoga and Technologies of Wellness

"Pain, Stigma, and Yoga: The Politics of Self-Management Interventions in Healthcare Industries"

In this talk, Andrea Jain asks what we should make of healthcare industry discourses that describe self-care and self-management commodities and programs as “alternatives” to mainstream medical treatments, as more “holistic” and “patient-centered” insofar as they consider the interplay of biological, psychological, social, and cultural factors, and as “empowering” the patients by giving them the opportunity to take responsibility and play an active role in the healing process. She suggests we consider that, rather than a mode through which consumers ignore, escape, or are numbed to the social and structural problems of neoliberal capitalism, many forms of self-care and self-management, like yoga, represent an area of medicine through which protest against the reigning status quo is simultaneously expressed and contained. The self-care “alternative” programs themselves confront some of the greatest problems with the privatization of medicine—most notably, the neglect of the patient as embedded in larger cultures and structures that can disadvantage them—without impunity for those very problems. 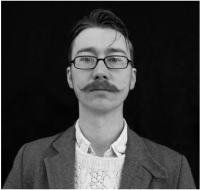 Abstract: How does the study of religion help us to understand conspiracy theories – like QAnon? From fears of Satanic paedophile cabals in Washington to 5G affecting our chakras, there are plenty of examples of conspiracy theories as, in and about religion, but are there underlying structural reasons that they are such frequent bedfellows? I’ll introduce the idea of epistemic capital, as a way to understand how different ideas and entrepreneurs become popular in the marketplace of stigmatised knowledge. Finally we’ll look at QAnon, to show how ideas move through religious and conspiratorial spheres.

Religion, Healing, and the Movement for Black Lives

In conversation with Elise Edwards and Monique Moultrie

"Black Spirituality and the Creation of Spaces for Healing and Liberation"

How might black spirituality inspire the design and construction of places for African Americans to flourish? This presentation describes spiritual principles in contemporary social justice movements like Black Lives Matter and their relevance to architecture and the built environment. Two principles--healing and liberation--offer inspiration for the development of public spaces and buildings that enrich and affirm African American life. Appealing to architectural projects like the Smithsonian’s National Museum of African American History and Culture, this presentation considers the possibilities of architecture to contribute to shared liberative goals from the Movement for Black Lives and African American religion.

Elise M. Edwards, PhD is an Assistant Professor in Religion at Baylor University. Her research is interdisciplinary, bridging theology, ethics, architectural theory, and urban studies to examine issues of civic engagement and the expression of Christian beliefs and commitments through art, architecture, and public space. Her scholarship focuses on cultural expressions by, for, and about women and marginalized communities.

Using Black Lives Matter activists’ adoption of a reproductive justice framework to interrogate state power and structural inequalities, this presentation explores the moral possibilities of trusting black women’s decision-making. Reproductive justice as black liberation situates the right to not have children or to parent children in healthy, safe environments free from violence as a religious/moral imperative. In the first half of the presentation, I will connect childfree black women’s prioritization of their personal needs with communal liberation. The second half of the talk illustrates how a reproductive justice orientation to childrearing necessitates cultivating an environment where black life thrives.

Dr. Moultrie is an Associate Professor of Religious Studies at Georgia State University. Her scholarly interests include sexual ethics, African American religions, and gender and sexuality studies. Her book Passionate and Pious: Religious Media and Black Women’s Sexuality was published by Duke University Press, and she is currently working on a book on black lesbian religious leaders and ethical leadership.

**NOTE: this is only a partial recording, mainly featuring the Q & A portion of this event**

In this panel moderated by Michael Swartz, a diverse range of topics related to magic and healing, broadly speaking, will be explored. Hugh Urban will plan to talk about magic and folk medicine in a village in northeast India and the ways in which it has been transformed through the impact of the internet, social media, youtube, and tourism. Alexander Rocklin's talk is about the ways in which Caribbean practitioners of "Hindu magic" (sometimes called obeah) have used ritual healing to create solidarities between ethno-racial and religious groups who were typically thought to be separate and mutually exclusive. Michael Dangler's talk titled, “Healing Through Inspiration and Relationships,” will be about how relationships (with people who need healing, and with the Spirits who aid in it) have formed a basis for his own healing work, and how that healing work has sometimes kicked off an unexpected relationship. Sabina Magliocco's talk, "Italian Healing Modalities: Story and Song,"  will examine folk healing traditions from the Appenine, Campania, and Sardinia that use narrative, song, and music/ dance to move participants into alternate states of consciousness that facilitate social and ritual healing.