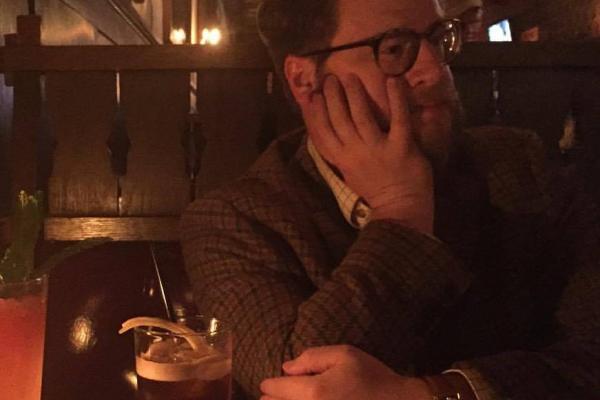 Congratulations to Marcus Ziemann, Recipient of the Robert L. and Phyllis J. Iles Award for Graduate Study of Myth

Marcus' reflection on how this Award assisted in the completion of his intellectual project is below:

"The Iliad and Gilgamesh Reassessed: The Revelatory Journey Motif"

This project seeks to reexamine the assumptions undergirding scholarly assessments of the Orientalizing Revolution in Archaic Greek literature and mythology (ca. 750-600 BCE). The current consensus is that Greek poets were not actively adopting elements from Near Eastern literature and mythology, but instead that these elements were slowly dispersed across the East Mediterranean through a sort of cultural osmosis. My dissertation seeks to not only question this assumption, but using methodologies borrowed from globalization studies to position Archaic Greek poetry and its use of myth within the ideological space created by the newly expanded Neo-Assyrian Empire (745-609 BCE)

With money from the Iles Award, I was able to complete a chapter of my dissertation and present that research at the annual Rencontre Assyriologique Internationale, held this year in Innsbruck, Austria (July 16-20). My research this summer focused on one case study from the Iliad and the Epic of Gilgamesh, namely a comparison of the ransoming of Hector’s body in Book 24 of the Iliad with the meeting between Uta-napishtim and Gilgamesh in Tablets 10 and 11 of the Epic of Gilgamesh. There has been little scholarly analysis of the correspondences between the two scenes. I argue that the Homeric poet had direct knowledge of the scene from Gilgamesh and purposefully re-used and subverted important themes from it in his composition of the ransoming of Hector’s body.

As stated above, I was able to present my research at the Rencontre Assyriologique Internationale. Because of the funding from the Iles Award, I was able to receive useful feedback on my ideas from outsider perspectives (i.e. non-Classicists). This was particularly important for my project since my research is heavily reliant on Assyriological and other Near Eastern sources and scholars. Furthermore, from attending other panels, I learned a great deal that will help me improve my research in the future. Lastly, I met and built relationships with scholars that will continue to help me as I build my career.

With help from the Iles Award, I was able to largely finish and improve one of the case studies/chapters of my dissertation. This aid has freed up time that I will be able to use in the future to dedicate to researching and writing other chapters in my dissertation, especially the literature review and methodological studies that I will need to incorporate. Because works on globalization studies are almost entirely focused on the modern world, there has been little chance for me to become deeply engaged with the research in prior coursework, etc. I will now have a chance to deeply read this literature and incorporate its insights into my study of the ancient world and its mythology.