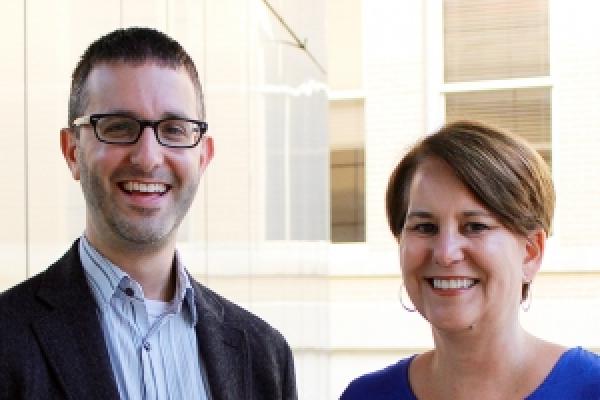 The Henry Luce Foundation has awarded a three-year, $750,000 grant to The Ohio State University Foundation in support of the American Religious Sounds Project (ARSP), which is co-directed by Isaac Weiner, associate professor of comparative studies and associate director of the Center for the Study of Religion, which houses the project. This award was approved in conjunction with a request for proposals issued by the Luce Foundation’s Theology Program.

The ARSP is a multiyear, collaborative initiative spearheaded by Weiner and co-director Amy DeRogatis, professor of religious studies at Michigan State University. The project aims to study religious diversity by documenting and interpreting the auditory cultures of the various religions in the United States.

The project took shape with support from a 2015 grant awarded by Humanities Without Walls. That award gave way to the Luce Foundation awarding an earlier 2016 grant, which allowed the ARSP to complete its first two phases: the beginning of the construction of a digital sonic archive documenting the diversity of American religious practice through originally produced field recordings, and the development of a digital platform that organizes and presents the digital materials to users. The ARSP website was designed and built by the College of Arts and Sciences Technology Services Application Development team, led by Michael Hardesty.

The website remains under development and will launch later this fall. It invites users to explore the ARSP audio archive, discover connections among recordings, plot them on a map according to the geographical location where they were produced and listen to short, edited clips. The website also will include a digital gallery with multimedia exhibits on selected themes, sounds and communities, featuring images, explanatory texts and interpretive audio collages and essays.

The new, $750,000 grant allows the ARSP to hire more staff to support the project and expands its leadership structure. The grant also supports four areas of development and expansion:

“We’re proud of all the ways we have been able to make that collaboration a real partnership between the two institutions,” Weiner said. “This is a project that, from its inception, has really brought together a commitment to scholarship teaching and community engagement, and that’s something we’re very proud of as well.”

“This additional support from the Henry Luce Foundation for the American Religious Sounds Project highlights our shared commitment to strengthening public and community partnerships through engaged scholarship,” said Janet M. Box-Steffensmeier, interim executive dean and vice provost of the College of Arts and Sciences at Ohio State. “By documenting, interpreting, preserving and sharing the diversity of religious sounds, this project will enhance the public’s understanding of American life.”

“They’ve been working on our teams the last two years and will continue working with us,” Weiner said. “Their work has been instrumental to our success.”

For more information and to follow updates on the ARSP’s progress and development, see the project’s blog.