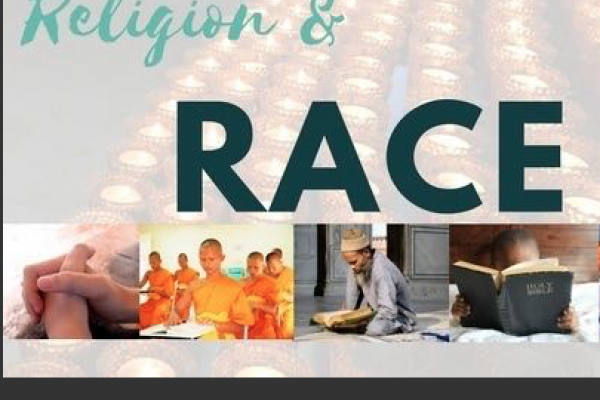 The Center for the

Sylvia Chan-Malik is Associate Professor in the Departments of American and Women’s and Gender Studies at Rutgers University, New Brunswick, where she directs the Social Justice Program and teaches courses on race and ethnicity in the United States, Islam in/and America, social justice movements, feminist methodologies, and multiethnic literature and culture in the U.S. She is the author of Being Muslim: A Cultural History of Women of Color in American Islam (NYU Press, 2018), which offers an alternative narrative of American Islam in the 20th-21st century that centers the lives, subjectivities, voice, and representations of women of color. Her writings are also featured in numerous anthologies and scholarly journals, and she speaks frequently on issues of U.S. Muslim politics and culture, Islam and gender, and racial and gender politics in the U.S.. Her commentary has appeared in venues such as NPR, CNET, The Daily Beast, Slate News, Huffington Post, Patheos, Religion News Service, and others, and she worked as a journalist and cultural critic before entering academia, writing for the San Francisco Bay Guardian, the East Bay Express, MTV Online, and more. In 2018, she received Rutgers School of Arts and Sciences Award for Distinguished Contributions to Undergraduate Education. She holds a Ph.D. in Ethnic Studies from the University of California, Berkeley, and an M.F.A. in Creative Writing from Mills College.

Su’ad Abdul Khabeer is a scholar-artist-activist who uses anthropology and performance to explore the intersections of race and popular culture. Su'ad is currently an associate professor of American Culture and Arab and Muslim American Studies at the University of Michigan. She received her PhD in cultural anthropology from Princeton University and is a graduate from the School of Foreign Service at Georgetown University and completed the Islamic Studies diploma program of the Institute at Abu Nour University (Damascus). Her latest work, Muslim Cool: Race, Religion and Hip Hop in the United States (NYU Press 2016), is an ethnography on Islam and hip hop that examines how intersecting ideas of Muslimness and Blackness challenge and reproduce the meanings of race in the US. Su’ad’s written work on Islam and hip hop is accompanied by her performance ethnography, Sampled: Beats of Muslim Life. Sampled is a one-woman solo performance designed to present and represent her research and findings to diverse audiences as part of her commitment to public scholarship. In line with this commitment Su’ad leads Sapelo Square, the first website dedicated to the comprehensive documentation and analysis of the Black US American Muslim experience. She has also written for The Root, the Washington Post, the Atlantic, Ebony Magazine, the Huffington Post, Religious Dispatches and Trans/Missions, and has appeared on Al Jazeera English. Additionally, Su’ad is a Senior Project Advisor for the US Public Television award-winning documentary, New Muslim Cool and her poetry was featured in the anthology Living Islam Out Loud: American Muslim Women Speak

Please continue to check this event page for updates

Addional information for and directions to the Ohio State University Faculty Club can be found below: